Hot newsstockscybersecurity
The U.S., its allied nations and all the major corporations in those countries are going to spend enormous sums of money on cybersecurity in the coming months

Like the rest of the market, cybersecurity stocks have been crushed over the past few months. The ETFMG Prime Cyber Security ETF has dropped about 17% off its recent highs, marking its second biggest selloff of the past five years — and its biggest selloff aside from March 2020’s Covid-19 crash. 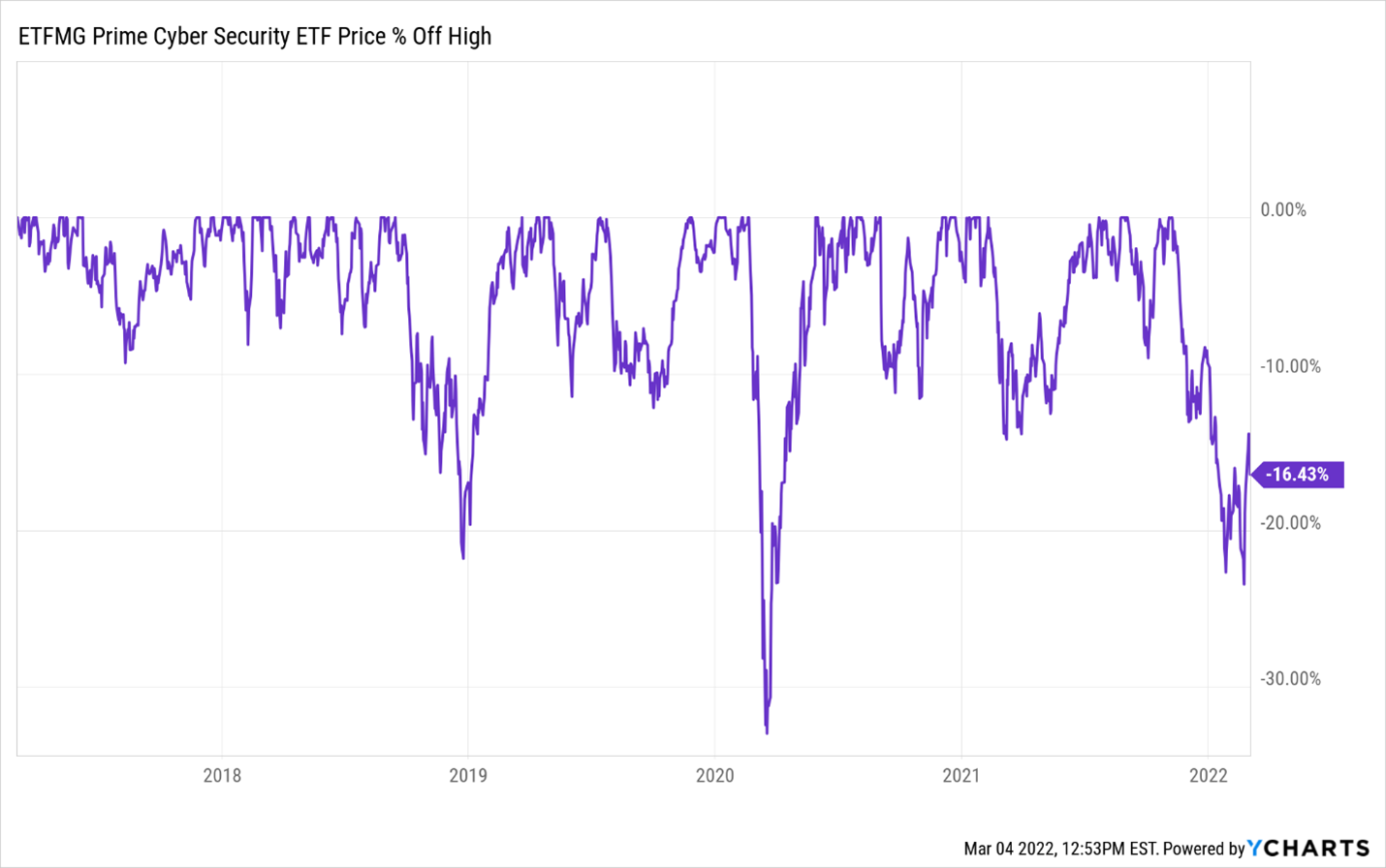 The investment implication? It’s time to buy the dip in these stocks. In both the near and long term, they should win big!

The Russo-Ukrainian crisis has emphasized many things about the world — the need for energy independence, the importance of sanctions. And it made clear that Vladimir Putin is an absolute madman.

That is, war isn’t exclusively fought on battlefields between people. It’s also fought digitally in the cloud and between computers. Indeed, the Russo-Ukrainian conflict has, to date, been characterized by relentless cyber warfare.

Catalyst for the Cybersecurity Boom

At the same time, Nvidia and Toyota were both hacked over the past week in events purportedly unrelated to Eastern Europe. But let’s be honest. How could they not be? The U.S. and Japan both levied significant sanctions against Russia last week. And in their wake, America’s biggest chipmaker and Japan’s largest automaker are anonymously hacked.

The Cyber War has begun, only escalating from here.

And since those heavy sanctions have been imposed on Russia, Putin wants to retaliate against the U.S. and its allies. However, their routes are limited. Their options are:

Economic — but they can’t hurt us that way because the Russian economy is a drop in the ocean compared to America’s.

Militarily — but they can’t really hurt us that way either since the Russian military is also tiny compared to the combined might of the U.S. and its allies.

Cyber — where they can hurt us because cyberwarfare is something the Russians have developed a reputation for being quite good at.

Therefore, Russia will likely expand this conflict into global cyberwarfare. And in that case, the U.S., its allied nations and all the major corporations in those countries are going to spend enormous sums of money on cybersecurity in the coming months.

The opportunity in cybersecurity stocks today is further enhanced by the fact that these stocks won’t just benefit from a short-term spending surge. Rather, they’ll profit from what will likely be a decade of huge growth across the whole industry.

According to Gartner, worldwide spending on cybersecurity solutions has grown by ~9% per year since 2014. While that may not seem that impressive, simply consider three things:

For those reasons, our analysis suggests we’re in the first innings of a multi-decade breakout in the cybersecurity industry. 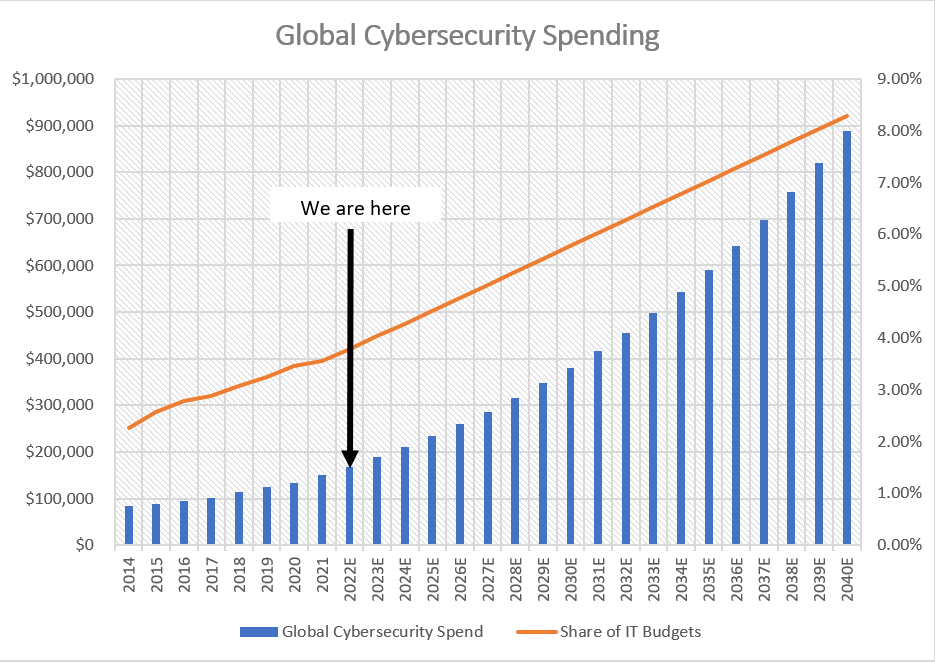 In other words, this industry is just getting started.

That’s the core investment strategy in our flagship investment research advisory Innovation Investor. We buy stocks in the early stages of enormous growth, targeting multi-hundred-percent returns over a long-term window.

And that’s why, in that advisory, we just did a deep dive into every publicly traded cybersecurity company on the market.

History is clear on the fact that market crashes create excellent buying opportunities — especially in high-quality assets. And that’s why we firmly believe the best thing you can do in this turbulent market is buy the dip.

And the assets we like most on this dip? Cybersecurity stocks.

With those, you’ve got it all — long-term winners, huge revenue growth, wide competitive moats, big margins, scalable software business models. The stocks are down 30%, 40% and even 50% in some cases. Valuations have collapsed to record lows. And with the current Eastern Europe conflict, there’s a huge demand catalyst unfolding right before our very eyes.

That’s a cocktail for a huge long-term rebound in cybersecurity stocks.

Wall Street's main indexes fell on Friday, with the Nasdaq set for its fourth straight day of declines after a weak forecast from Netflix sent its shares along with other streaming companies spiraling lower.

Meta Platforms' pullback gives investors the opportunity to buy a company that could benefit from a hot tech trend; Micron Technology is benefiting from solid memory demand and is cheap right now; Zoom Video Communications is on track

February started with a tug-of-war in markets, or with a game of follow-the-leader crossed with musical chairs.

Top 5 Things to Watch in Markets in the Week Ahead

Concerns over tensions between Russia and Ukraine together with uncertainty over how aggressively the Federal Reserve is going to raise interest rates look set to dominate market sentiment in the week ahead.